Fighting for Your Justice Representing Employees Since 2009
Contact Us Now For a Free Consultation
$325,000
$240,000 Disability Discrimination
$170,000 Pregnancy Discrimination
$124,000 Unpaid Wages/Misclassification

At Nassiri Law Group, our experienced labor lawyers represent employees whose rights have been violated by their employers. Often, our clients have been wrongfully terminated on the basis of discrimination. In other situations, we represent clients in wage and hour cases, such as when employees have not received appropriate breaks or have been misclassified as independent contractors. We also have a strong commitment to representing clients who have been sexually harassed or subjected to retaliation by their employer. Often, our clients are not aware that their rights have been violated until they speak with us. Call us today so that we can consult with you for free regarding your case. We take our cases on a contingency fee basis, which means that you do not need to pay us unless we win your case, and you are paid by your employer.

Employment law includes matters related to employment discrimination, sexual harassment, retaliation, and wage and hour. If you have not been paid overtime to which you are entitled, or if you are not provided with sufficient lunch or meal breaks, you may have a wage and hour claim. If you have been groped or propositioned for sex by your supervisor, you may have a sexual harassment claim. People who have been terminated or otherwise subjected to an adverse action because of their race, disability, family or medical leave, pregnancy, age, gender, religion, or sexual orientation may bring a claim for employment discrimination. California has strong laws that protect employees, and our employment attorneys help Orange County residents assert their rights under these laws.

It can come as a shock to be terminated. While employment is at will, employers are not permitted to violate California employment laws when terminating an employee. Among other things, the California Fair Employment and Housing Act (FEHA) prohibits discrimination on the basis of age, pregnancy, gender, family or medical leave, sex, religion, and sexual orientation. FEHA is used to protect people from being wrongfully terminated due to factors not within their control. You also cannot be lawfully terminated because you are a whistleblower, or in retaliation for defending another person’s rights against employer discrimination or wrongdoing. You should be able to recover damages if you were wrongfully terminated.

Employment discrimination occurs when an employer takes an adverse step against an employee because of his or her membership in a protected group. It is illegal for an employer to fail to hire, demote, fail to promote, pay differently, or provide different terms or conditions of employment based on someone’s membership in a group that is protected under federal or state law. There are multiple federal laws prohibiting employment discrimination, including the Americans with Disabilities Act, Title VII of the Civil Rights Act of 1964, and the Age Discrimination in Employment Act. FEHA is the primary California anti-discrimination law.

Race discrimination is prohibited under Title VII and FEHA. You cannot be subjected to adverse treatment in the workplace because you are a member of a certain race, or because you are perceived as being a member of a certain race. Discrimination can include not only tangible employment actions against an individual but also policies that have a disparate impact on employees of a certain race. Racial harassment also is illegal if it turns the workplace into a hostile work environment. Our Orange County employment attorneys can help you hold your employer accountable for discrimination or harassment on the job.

Gender discrimination is also prohibited under Title VII and FEHA. Title VII applies to workplaces with at least 15 employees, while FEHA applies to smaller workplaces. In most cases, FEHA provides greater protections than does Title VII, but it is important to consult with an attorney as soon as you suspect that you have suffered from discrimination due to your gender. Gender should not be the basis for an employer’s decisions in the workplace. Gender discrimination may occur when someone who is qualified for a promotion loses out to someone of the opposite gender who is less qualified. It also can involve an employer’s failure to hire a qualified job applicant because of his or her gender.

Both the ADA and FEHA prohibit disability discrimination. They also require employers to provide reasonable accommodations to disabled employees, except when to do so would present an undue hardship. Reasonable accommodations could include wheelchair access, changes to work schedule, changes to work policy, the use of aids, more frequent breaks, and other changes to the work environment and work conditions so that an employee can do his or her job. An employer is not permitted to terminate an employee because he or she requested a reasonable accommodation. Disabilities can be physical or mental impairments, and they are defined differently under federal and state laws.

The Age Discrimination in Employment Act (ADEA) and FEHA prohibit employers from making adverse employment decisions based on an employee’s age when the employee is at least 40. It would be unlawful, for example, for an employer to discourage older workers from applying for a job at the company or to target all of the older workers when conducting layoffs. The ADEA, however, governs only California employers with a minimum of 20 employees. FEHA applies to companies with at least five employees.

You likely rely on your paychecks to cover groceries, mortgage or rent payments, and other key expenses. Accordingly, wage and hour disputes with your employer can be stressful and result in financial uncertainty. Your employer should be paying you at least the minimum wage, and if you are nonexempt, your employer must pay you overtime. Generally, in California, employers are required to pay eligible employees twice their pay rate if those employees have worked over 12 hours in a work day or more than eight hours on their seventh consecutive work day. However, the calculation of wages may be more complicated, so it is important to talk to an experienced attorney about your situation. You can hold an employer accountable for violating federal or state wage and hour laws.

Employment matters can be emotionally challenging. Employers often have more resources at their command than do their employees. An employee should consult a skillful attorney who can level the playing field for them. At Nassiri Law Group, we represent Southern California employees from offices in Orange, Los Angeles, and Riverside. We are here to serve you if your rights have been violated, and you need an attorney to help you get justice. Call us at (949) 375-4734 or contact us online for a free case evaluation. 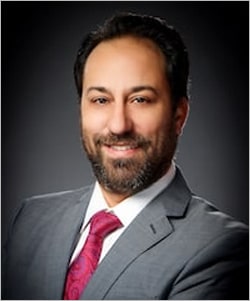 Mr. Nassiri is the founding and managing partner of NASSIRI LAW, INC. located in Orange, California. His law firm focuses on employment law, representing employees who have been wrongfully terminated or discriminated against by their employers.

Nassiri Law's fight to save
their client's home

Read More
Client Reviews
★★★★★
From the moment I walked in until the moment I stepped out, I felt welcome at Damian’s law offices. His staff is very courteous, and Damian conversates with you in a manner that is understandable. He leaves the lawyer talk for the courthouses and really explains the laws in detail, but at the same time in a manner so that the average Joe can follow. Thank you for your services! Rodrigo Aranda
★★★★★
Hands down the most educated expert in cannabis law! Mr Nassiri is such a pleasure to work with, hes real with you and looks out for the best interest of yourself and your business. I really appreciate his input and I am proud to have him as my attorney. Bstyle Kim
★★★★★
I appreciate an intensive behavior of Nassiri Law group. Damian did a great job. When I met him, I immediately realized that this is the person I want to work with. He helped me a lot by answering all my questions in a wise and professional approach. He provided to me all important info what I needed at that time. Honestly, I think that Damian is one of the best Lawyers I have ever met. Aleksey Globenko
View More
Submit a Law Firm Client Review
Orange County Employment Lawyers Blog
Contact Us